ObamacareUSA.org is not a government website and is privately owned. Learn more.
You May Still Qualify for Coverage After Open Enrollment:
Compare Obamacare Health Plans in :stateName: & Get Covered!
Rates as Low as $30/Month*
Compare in Minutes
Top Carriers & Brokers
100% Safe & Secure 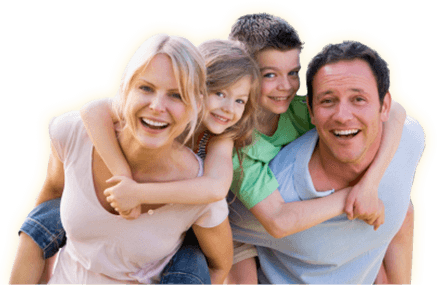 With a law as lengthy (1.000+ pages) and complex as the Affordable Care Act (i.e., Obamacare), there has been plenty of potential for misinformation and misunderstanding in the years since the law was passed.

Here are some common myths about Obamacare and the facts that refute them:

Myth: Americans are being forced to buy health insurance.


Fact: Americans are not being forced to buy health insurance -- they are, in fact, being incentivized to have important health coverage by having more options for more comprehensive coverage than ever before and receiving tax credits to help reduce the cost. However, anyone can decide not to buy health insurance and simply pay the fine, which has increased in 2016 to either 2.5% of your income or $695 per adult/$347.50 per child with no household limit.

Myth: If you like your health insurance plan, you can keep it.

Fact: Obamacare requires health insurance companies to offer only plans that meet 10 Essential Health Benefits, including coverage for preexisting conditions. Some Americans had plans that did not meet this requirement, and were informed by their insurance companies that those plans were no longer available. For some people, premiums have increased since there are more benefits; for those who qualify for tax credits, the cost of healthcare has become affordable now under Obamacare.

Fact: I can’t keep/choose my own doctor under Obamacare.

Fact: The Affordable Care Act did not create a government-run healthcare system in the U.S., so there will be no government intervention in Americans’ choice of healthcare providers. Your access to your doctor will be governed by the health insurance plan you choose -- as always -- not by the government.

Fact: According to the Congressional Budget Office, Obamacare will reduce the deficit by more than $100 billion over the next 10 years, due to the tax increases and spending cuts that were part of the Affordable Care Act to offset the costs of expanding the availability of health insurance to more Americans.

Fact: The Bureau of Labor Statistics says that the Affordable Care Act has had no impact on the employment rate in the U.S.

Myth: I will have to buy new insurance under Obamacare even if I’m insured by my employer.

Fact: While you will be allowed to purchase a new health plan during the Obamacare Open Enrollment Period, you can keep your employer-provided insurance if you prefer. Since Obamacare has mandated a broader scope of coverage, some employer health plans have experienced price increases. You can always shop to see if you can get a better rate here at ObamacareUSA.org or on the healthcare.gov website.

ObamacareUSA.org is an independent marketplace and is not a federal or state Marketplace website. ObamacareUSA.org does not provide quotes or sell insurance directly to consumers, is not affiliated with any exchange, and is not a licensed insurance agent or broker. Accordingly, you should not send us (via mail or email) any sensitive information, including personal health information or applications. Any such communications will not be treated as confidential and will be discarded, as, in offering this website, we are required to comply with the standards established under 45 CFR 155.260 to protect the privacy and security of personally identifiable information.

There are several factors that impact your monthly premium; including, but not limited to your age, geographical location, annual income, dependents, and the type of plan you choose. Monthly premiums do not include out-of-pocket costs.

The advertised price may not be typical. It was generated using the Kaiser Family Foundation's subsidy calculator that was accessed on September 16, 2020. The following parameters were used: 21 year old adult, non-tobacco user, annual income of $24,700 in 2020, no children, and no available coverage through a spouse's employer. The resulting monthly premium was $30 per month (or $360 per year after $2,751 in subsidies) for a Bronze Plan. Even when using the same parameters, this result is subject to change.